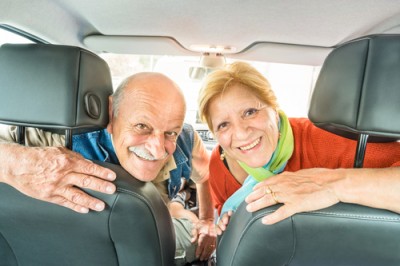 Construction barricades are made to be visible. Large, clear signs, often with flashing arrows or lights, are posted far ahead of any road work. In the immediate area where the work is taking place, there are usually more signs, newly posted speed limits, machinery, construction vehicles, and plenty of workers. None of these clues, however, are enough to stop some elderly drivers, as was the case in Clinton Township earlier this month.

On August 1, an elderly, 81-year-old motorist drove straight through road construction barriers and into a section of freshly poured cement in Clinton Township on Romeo Plank Road. The driver was apparently unaware that the road was closed and had not seen the construction barricades at all. While the construction crew pulled her vehicle from the cement and the driver was not ticketed, the police indicated that they may ask the Michigan Secretary of State’s Office to evaluate the woman’s driving skills.

The Centers for Disease Control and Prevention (CDC) report that over 5,500 older adults were killed in car crashes in 2012. Over 214,000 were injured. And, according to AAA, 86 percent of people over the age of 65 still drive.

While these numbers are alarming, all people at retirement age are not automatically senile and incapable of operating a vehicle. There are, of course, age-related issues that can absolutely impact a senior adult’s driving abilities, including:

Should the elderly be banned from driving on Michigan highways? >>

There is no age limit for older drivers in Michigan. In fact, some elderly drivers are incredibly safe and careful when behind the wheel. However, some seniors can drive so carefully that this is also a hazard on highways, creating impatient drivers who pass recklessly around them or drive by the senior in non-passing lanes. Causing others to drive dangerously is a problem in and of itself.

And, of course, there are the senior drivers who fully believe that they are completely equipped to operate their own vehicle no matter their impediments. They are independent and intend to stay that way. They do not want help or someone to drive them around. They fully believe they know the roads and can get where they are going. But everything from distraction to sleepiness can result in a serious auto accident.

If you suspect that an older loved one may need to be evaluated before being allowed to continue driving, it is possible for a person to be reported to the Michigan Secretary of State’s Office for an evaluation of their driving skills. If the abilities of the elderly person in question do not live up to the necessary skills needed to operate a vehicle, their driving privileges could be revoked.

And, of course, if you have been involved in a car crash involving a distracted senior driver, contact David Femminineo today to discuss your case.