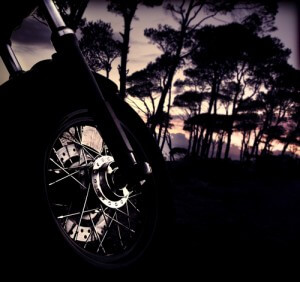 Alcohol’s Role in Fatal Car Accidents During the Holidays

A fatal auto accident is tragic and completely avoidable. But when an accident is caused by one of the people who usually comes to the aid of accident victims, the situation becomes even more disconcerting. David Femminineo represents the mother of the 20-year-old man who was killed in a motorcycle accident on Eight Mile Road this past summer and he is seeking justice for this horrific wreck and the loss of her son. The driver was driving his motorcycle with his headlights on at 9:30 p.m. on July 22, when a police offer turned left in front of him. “It is sad to think that this horrible accident was caused by a police officer who, without lights or sirens, was attempting to follow a motorist to pursue a $150 ticket,” said Femminineo, The lawsuit is against the city of St. Clair Shores and one of its policemen, Officer Thomas Murphy.

According to a front-page article in The Macomb Daily newspaper, “Video from a camera inside the westbound police sport-utility vehicle shows the SUV beginning to turn left to cross the double-yellow center line of Eight Mile Road. The headlight from the oncoming motorcycle is visible. One second later, before the front end of the vehicle appears to have completely crossed the center of the road, the emergency lights are activated. About one second later, Bush appears to be attempting to lay the motorcycle down in a defense maneuver, and then collides with the front passenger side of the SUV at the front wheel.”

The lawsuit, filed this month in Wayne County Circuit Court, further states that the officer was driving recklessly and in violation of Michigan law during his run, including the moment of the collision. Had he turned on his overhead lights at an appropriate time, as well as ascertained the potential safety of his actions, the motorcycle accident – and Bush’s death – could have been avoided, the lawsuit states. Further buoying this argument is the knowledge that the driver being pursued by the officer was turning into her own private driveway and there was no reason to rush to go after her when she could not have eluded the officer in any way.

Mr. Femminineo says that an accident report he received shows that the officer did not yield the right of way to Bush. At the accident scene, the officer was reported as commenting on the speed of the motorcyclist and that he did not see him.

Bush’s death is one of five fatal motorcycle accidents that occurred locally within a span of only two weeks this summer. Far too often, motorcycle accidents occur because the drivers they’re sharing the road with are not aware of their presence or fail to give them their space on the highway as they would any other vehicle.

Mr. Femminineo has recovered over $70 million in Michigan personal injury cases and auto and motorcycle accidents. If you have lost a loved one in a fatal auto accident, contact Mr. Femminineo today to discuss your case.