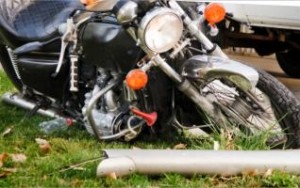 Avoid a Michigan Boating Accident as Summer Draws to a Close

Macomb County roads have been the site of five fatalities involving motorcycles in the last several weeks. The most recent accident on August 7, occurred because the driver of the motorcycle was operating the machine at a high rate of speed and was unable to navigate a curve in the road. He struck a guardrail and was killed. The motorcycle operator was not wearing a helmet.

On August 3, an off-duty police officer and Macomb Township resident was killed when the driver of an automobile traveling north attempted to make a left turn into a gas station on the opposite side of the street and collided with the motorcycle driving south.

In Sterling Heights on July 26, an SUV collided with a motorcyclist, killing the driver who was waiting at a red traffic signal. The driver of the vehicle is believed to have been driving drunk.

Around 1 a.m. on July 24, a motorcyclist traveling at a high rate of speed collided with a vehicle that was pulling back out into traffic after stopping momentarily on the shoulder of the interstate. The motorcyclist was thrown from his machine and died.

A motorcyclist struck a St. Clair Shore’s police car on July 22 when the officer was making a U-turn to complete a traffic stop. The driver of the motorcycle was killed.

Your right to choose? The Michigan motorcycle helmet law >>

Motorcyclists and their passengers are entitled to the same rights as any automobile driver, but there are bad habits among so many motorcyclists that lead to accidents, injuries, and death. Opting not to wear a helmet is the first mistake any motorcycle driver can make. Traveling at high rates of speed and choosing not to wear clothing that makes them noticeable among other drivers are all potentially fatal choices.

But the automobile drivers on Michigan roads are just as responsible as any motorcyclist. It’s the job of car and truck drivers to pay attention to who is on the road with them, to look out for motorcyclists at every point of their journey, and to share the road.

Can you share the road? Improving bike safety in Michigan >>

If you have been involved in a motorcycle accident in Michigan, or lost a loved one because of the negligence of another driver, contact Femminineo Attorneys PLLC to speak with personal injury attorney David C. Femminineo about your case.