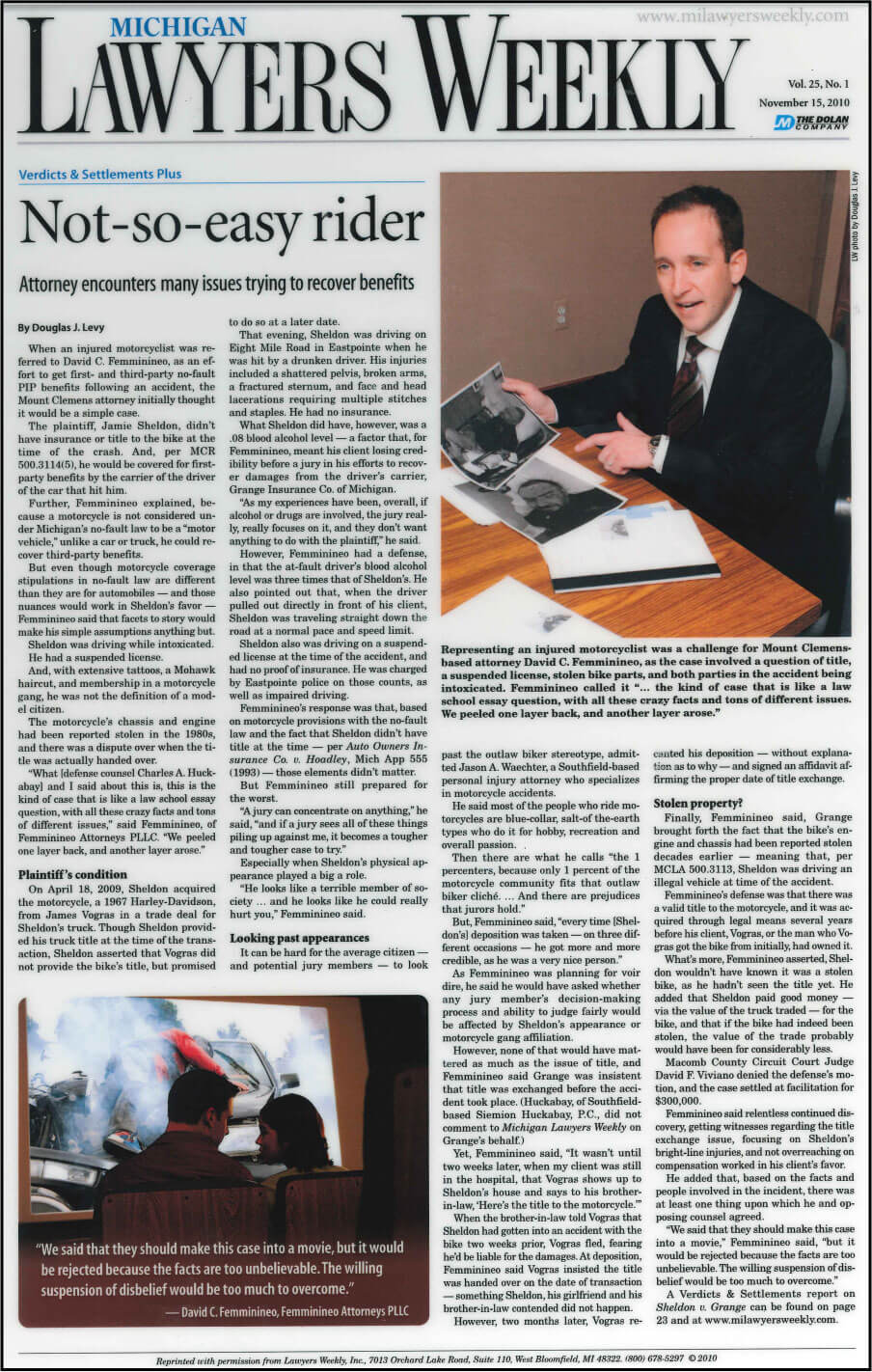 R U Still Txting in UR Car?

David Femminineo took on the case of motorcyclist Jamie Sheldon, anticipating a cut-and-dried recovery of first- and third-party benefits for the plaintiff. The motorcycle coverage stipulations in no-fault law would work in Sheldon’s favor but, alas, this case become more complicated as one dark layer after another was revealed.

This fascinating feature article in Michigan Lawyers Weekly tells the story of a case that involved two intoxicated drivers, a suspended license, stolen bike parts, and questions about that motorcycle’s title and who exactly laid claim to it. The plaintiff’s alternative appearance and membership in a motorcycle gang didn’t exactly work in his favor, but Mr. Femminineo triumphed in this case by facilitating a $300,000 settlement for Sheldon who, despite his outlaw biker appearance, is a really nice guy.

Don’t miss this article about a case with a plot good enough for any Hollywood blockbuster, and an experienced Michigan personal injury lawyer ready to fight for the underdog.