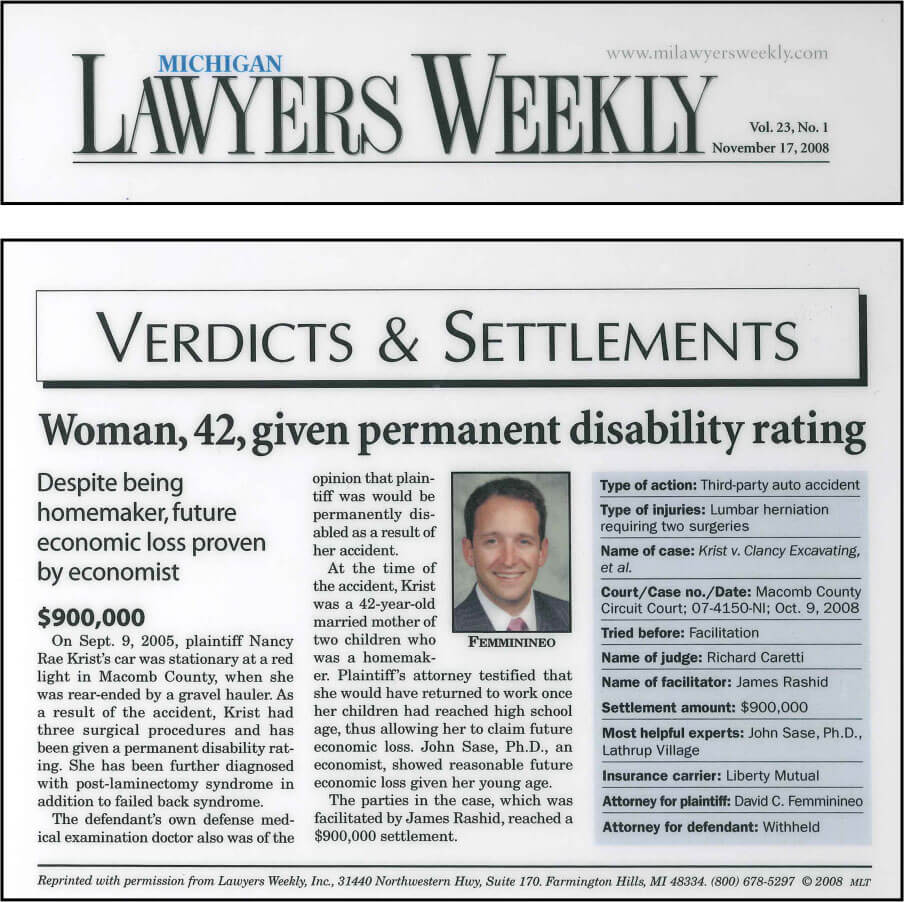 While stationary at a stop light in Macomb County, the plaintiff was rear-ended by a gravel hauler, resulting in three surgical procedures, post-laminectomy syndrome, failed back syndrome, and a permanent disability rating. At the time of the accident, the plaintiff was a 42-year-old mother of two who intended to return to the work force once her children entered high school. By working with an economist, Mr. Femminineo – featured in Michigan Lawyers Weekly – was able to prove significant and reasonable future economic loss given the plaintiff’s young age, leading to a $900,000 settlement for the plaintiff.