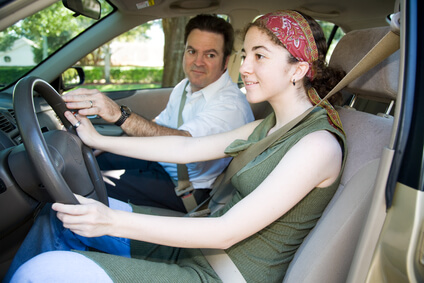 Deadly Driving – Auto Accidents Caused by Seniors on the Road

Why Parents Are Responsible for Their Teen’s Bad Driving

Parents have a lot to worry about once their teens are legally old enough to get behind the wheel of a car – alone. The concerns are for their child’s safety, of course, and there are also financial burdens that accompany insuring a teen driver. But what parents may not realize is how much their own behavior or advice can contribute to their teen’s poor driving habits.

According to the Insurance Institute for Highway Safety, teen drivers are four times more likely to crash – on a per-mile basis – than older drivers.

Teens are simply not experienced enough on the roads, they take stupid risks, and are overconfident in their driving ability. That is a complete recipe for disaster – and auto accidents.

The Worst Driving Advice Parents Can Give to Teens

Teens learn from their parents, whether you like it or not. And while you may not be teaching them a specific bad driving behavior, they will watch what you do and likely mimic your choices. It’s hard to fault a teen when they say they’re just doing things the way you do them, so you may discover that it’s time to alter some of your own bad driving behaviors if you want to convince your teen to abide by the rules while they’re on Michigan roadways.

Are you guilty of any of these bad driving behaviors?

Know the Consequences of Your Own Bad Driving Behaviors

Research conducted by Liberty Mutual Insurance and Students Against Destructive Decisions in 2012 found that two-thirds of the teens surveyed say their parents live by different driving rules than the ones they expect their children to follow, including talking on the phone while driving, speeding, and sending texts while driving.

Distracted driving is an epidemic. Teens have friends to impress, “important” texts to return, and music to listen to… giving them permission to do anything but drive while they’re behind the wheels is putting them in danger.

If you or your teen has been the victim of a distracted driving auto accident in Michigan, contact Femminineo Attorneys PLLC to speak with personal injury attorney David C. Femminineo about your case.