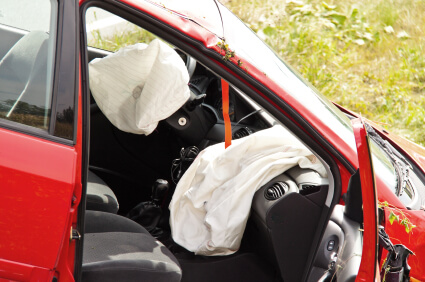 Your Right to Choose? The Michigan Motorcycle Helmet Law

Watch Your Step: How to Win Your Michigan Slip and Fall Case

In this time of economic hardship, the number of Michigan auto accident fatalities has gone down, according to recent data from the Michigan State Police Criminal Justice Information Center.

Why does the economy impact auto accident statistics? A higher number of unemployed workers means fewer commuters on the highways, resulting in a lower number of traffic accident fatalities in Michigan.

In the past few years, we have had the fewest traffic fatalities in Michigan since the 1940s. Here are some interesting statistics:

However, while we can be thankful for fewer fatalities on the road, this does not automatically mean that the number of auto accidents has dwindled. In 1963, there were almost 262,000 car crashes. In 2010, that number was up by over 20,000 – while that may seem like a huge increase in crashes, compared to the decades in between, the number of crashes in 2010 is the lowest it has been in the state of Michigan since 1963, sometimes rising by the hundreds of thousands. See all of the statistics. The worst year for auto accidents on Michigan highways since 1943 was in 1996 when there were 435,477 crashes.

Seatbelt use, airbags, and improved safety engineering have all contributed to fewer highway deaths, however, seatbelt usage by those who were fatally injured in a car accident continuously hovers around 50 percent. That number is still not as high as it should be. Sadly, negligence by another driver can impact your chances for staying safe on Michigan highways – if you or a loved one are involved in a Michigan traffic accident, contact a Michigan personal injury attorney immediately. At Femminineo Attorneys PLLC, we have recouped over $50 million for clients who were involved in auto accidents, motorcycle accidents, and truck accidents.