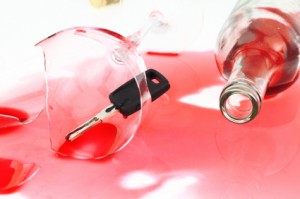 Adults are supposed to be responsible. But that feeling of infallibility, of being able to rise above the murkiness that descends after a few glasses of wine or beer, remains. And with it comes many drunk driving accidents. A recent study found that about 40 percent of designated drivers drink. Even worse, almost 20 percent of designated drivers drink enough to significantly impair their ability to drive.

The Problem with Designated Drivers

There isn’t really a solid definition of “designated driver.” The assumption is that this person will abstain from drinking alcohol entirely, but it could also refer to a person who has just a drink or two and stays under the legal limit of intoxication for driving. It would seem that, according to the results of Berry’s study, most DDs feel they fall into the latter definition.

About 1,000 people exiting bars in a college town were interviewed by researchers from the University of Florida. Of those interviewed, 165 said they were serving as the designated driver for the night, then they agreed to a Breathalyzer test – 40 percent had had a little something to drink; 17 percent of all DDs had breath alcohol concentrations (BrACs) between .02 and .05; and 18 percent had BrACs of .05 or more.

While the legal limit for intoxication is .08, most peoples’ driving skills are impacted once they hit .02 blood alcohol content – and it’s been suggested that .05 means you’re significantly impaired. Drivers have to be alert enough to actually drive the car, but also to be aware of other vehicles and pedestrians, not to mention contending with the uncontainable drunken people you’re driving home.

The study does not point fingers at college students alone. In fact, about 40 percent of the drivers in the study had an average age of 28 and were not students. As the ages of drivers rose, their BrAC levels did too.

Changing behavior is a difficult thing, but making a plan before heading out for the night can certainly help reduce the chances of anyone in a group driving drunk. Designate your driver at the beginning of the evening, before alcohol even has a chance to make an appearance, and make sure the person stays that way.

Most often, the DD is the person who has the most fun anyway because they can tell their friends what fools they made of themselves while intoxicated. Better yet, they’ll be able to tell their friends so because they’ll all have arrived home safely in a car driven by someone who has not imbibed a drop of alcohol.

If you have a Michigan drunk driving case to contend, contact Femminineo Attorneys PLLC to speak with personal injury attorney David C. Femminineo.