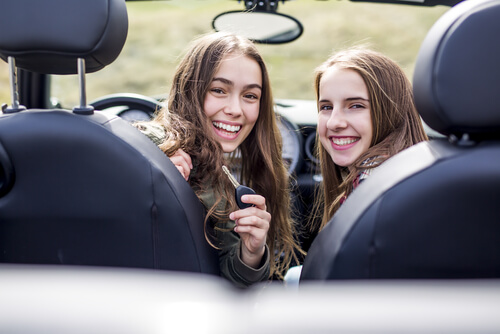 The Scary Stats About Teen Drivers and Car Accidents

Parents look forward to hanging up their chauffeur’s hat when their teen earns their driver’s license, but they also dread the idea of setting their teen loose on the road. Teens look forward to getting their license. They see themselves as infallible and immortal and competent, but these mindsets can be deadly. Teenagers are the age group with the highest risk of getting into a car accident.

Car accidents are the leading cause of death among teenagers ages 16 to 19, according to the Centers for Disease Control and Prevention (CDC). Here are just some of the other stats that parents and teens need to know, courtesy of the CDC and the personal finance website WalletHub, which recently analyzed the teen-driving environment:

Michigan landed at number six on WalletHub’s list of best states for teen drivers, but no one should rest on their laurels. The dangers are still inherent.

Knowing the stats about teen drivers and car accidents may not make you feel any better about allowing your teenager behind the wheel. However, these numbers will remind you how important it is to reinforce common sense rules to your teen – and model them yourself – as you work to develop smart, safe young drivers.

Parents know the reality and dangers of driving – at least they should. Your teen will mirror your driving behaviors whether you realize it or not. Use your phone while driving? Fiddle too much with the dashboard controls? Ignore traffic laws? Take risks? The newbie driver in your family is more likely to do the same so they can look cool and pretend they’re just like an adult when, really, they’re still just a teenager who’s just learning to drive.

Protect Yourself from a Car Crash with a Teen Driver

There is nowhere else for teens to learn how to drive but on the road, but whether these young motorists are accompanied by a driving instructor, parent, or driving alone, there is risk involved in being anywhere near them. Other drivers on the road are wise to watch out for teen drivers. Even if a car crash with a teen driver is not severe and doesn’t result in any injuries, you’re still on the hook for repairs, traffic citations, insurance hikes, and more.