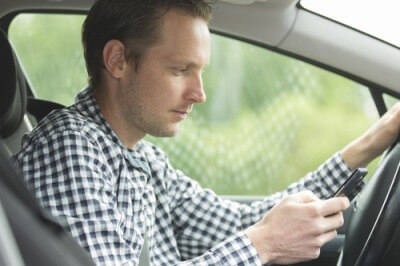 Are You Guilty of Drowsy Driving?

5 Things to Do If You Witness a Michigan Car Accident

Robin was traveling on the interstate behind a car that kept weaving from side to side. It was the middle of the afternoon, but anything could have been the culprit: alcohol, exhaustion, or using a smartphone. At one point the car traveled down the left shoulder for about half a mile. Shortly after, it swerved into the right lane, forcing a car into the next lane. The last Robin saw of the vehicle before she took her exit was the car traveling back onto the left shoulder and moving at a high rate of speed into the grassy median.

It’s safe to say that this distracted driver – whatever form the distraction took – is destined for a car accident, if not on the day that Robin witnessed his frightening driving then soon. People who regularly drive while distracted put themselves at far greater risk for being involved in an auto accident. And other behaviors complicate the matter.

An Increase in Auto Accident Fatalities

There are more fatalities on U.S. roads and highways now than in a decade. The National Safety Council’s latest traffic fatality estimates report that 40,200 people died in auto accidents involving motor vehicles in 2016. This number is a 6 percent rise from the number of car crash deaths in 2015. And there is a 14 percent two-year increase, the largest in over 50 years.

This sharp and sudden increase in traffic deaths comes despite campaigns promoting seatbelt use, sober driving, and text-free driving, and despite technology that has improved the performance of vehicles, like electronic stability control systems.

Why are car accident deaths increasing? There are many things that could be responsible:

Are you guilty of drowsy driving? >>

The National Highway Traffic Safety Administration reports that half of all traffic fatalities included car occupants who were not wearing a seatbelt. Nearly a third of accidents involved drivers who were under the influence of alcohol or drugs.

Common sense is a necessity for all drivers but, in many cases, it’s missing. People know they should not drive while intoxicated, that it’s safer to wear a seatbelt, that one second looking down at your phone could lead to a major car accident. But we continue to believe that we are infallible. We are not. An auto accident fatality can happen easily to you or someone you love. Don’t contribute to the problem. Drive safely. Don’t drink and drive. Put down the phone. And buckle up.

If you are involved in an auto accident because of a distracted driver, contact David Femminineo today to discuss your case.