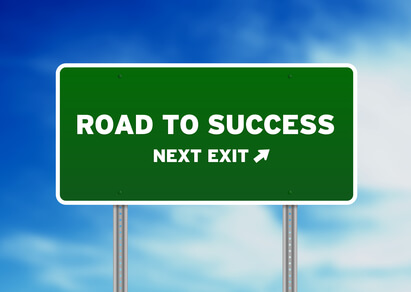 Who Are the Most Distracted Drivers?

The Drinking and Driving Video Confession That Went Viral

Distracted driving is the leading factor in most auto accidents and near-accidents. Given that so many car crashes occur on Michigan roads in the early morning and evening, it’s easy to assume that commuters are posing some of the greatest dangers to other drivers and passengers.

Just like hitting that alarm clock and pouring that first cup of coffee are routine in so many workers’ lives every morning, so too is spending commute time checking your phone or other handheld device for new messages, texts, or calls. This is fine if you’re on the bus or the subway – but when you’re driving to work on Michigan highways, distracted driving is deadly.

Commuters can be easily bored and irritated by their stale daily routine, and by the knowledge that they’re wasting so much precious time sitting in traffic instead of speedily getting to their destination. It’s easy enough to pick up the first distraction available when you’re in stop-and-go traffic – your smartphone. In the past, the only worthwhile distraction from the daily commute was flipping through the radio stations. Now it means reading and writing texts and emails, making phone calls, and perusing hundreds of satellite radio channels.

Commuters and the Need to Be Productive

We live in a permanently connected world. Gone are the eight-hour days, when people turned off their work minds when they left their job and were unavailable outside of normal business hours. Now employees are accessible all the time. Phones aren’t shut off and work is done at any hour of the day or night – even if that means you’re working in your car.

Commuters are busy. There’s a lot to fit into every day and they no doubt seek out opportunities to be productive, to squeeze in a response to a work email or sift through junk mail before sitting down at their desk to work. Unfortunately, their work day doesn’t begin when they walk into their place of work – it starts in the car thanks to their convenient smartphones, tablets, and other gadgets.

Smartphones haven’t begun the trend of distracted driving, but these itty bitty pieces of magnificent technology certainly haven’t helped. The commuters who seem permanently attached to their phones are probably the same people who, before mobile phones arrived on the scene, were reading memos in their car on the way to work, jotting down notes, and distracting themselves with thoughts of what the day ahead would bring in the way of meetings, assignments, and the like.

The National Occupant Protection Use Survey (NOPUS) found that, in a typical daylight moment in 2011, 660,000 cars on U.S. roads were driven by people using cell phones at the same time.

If you have been the victim of a distracted driving auto accident in Michigan, contact Femminineo Attorneys PLLC to speak with personal injury attorney David C. Femminineo about your case.