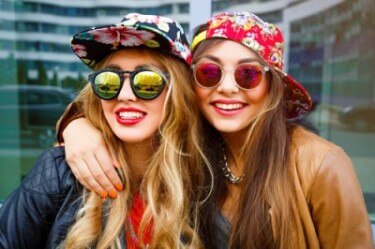 Be Smart on Blackout Wednesday: Avoid Causing a Car Accident

In Flint, Michigan, on October 18, five teenagers threw rocks off an overpass on I-75. One rock hurtled through a windshield and killed a 32-year-old man. The teens, ages 15 to 17, have been charged with second-degree murder. Their lives, and the lives of the family of the man who was killed, will never be the same again. This tragedy could have been prevented, as well as many other horrible situations – especially teen driver car accidents – caused by unwise decisions made by teens.

Take Responsibility for Your Teen Driver

Most parents don’t sit their teens down and say: “Don’t throw rocks off bridges into traffic.” But, given recent events, this might be a conversation that needs to be had. Far too often, the important talks are overlooked because it seems like the topics they involve should just be common sense: Don’t text and drive. Don’t drink and drive. Don’t drive too fast. Don’t drive when you’re tired. However, car accidents still happen, and far too many of them involve teen drivers.

Teens – in their own minds – are infallible. Plenty of teens have an “it can’t happen to me” attitude, and many of them feel they know what’s best, ignoring rules and laws to impress their friends, be cool, or be daring. One of the most terrifying places for kids to flaunt the rules is behind the wheel of a car. Parents who don’t set boundaries from the start are sending uneducated, unsafe, inexperienced drivers out on Michigan highways, threatening the well-being of every other driver on the road.

Do you need a parent-teen driving agreement? >>

It can be tough for some teens to relate to dangers that surround them, but giving solid examples like that of the boys who killed a man by throwing rocks, can help make your point. There comes a point for every parent when they need to stop shielding their kids from reality and start delivering the lessons of life – that everything isn’t always safe or good.

This summer, one Macomb County teen dropped his cell phone while driving and leaned down to pick it up. Those few seconds caused a three-car crash.

A Macomb Township student was struck and killed by a car while jaywalking on her way to school.

The Pokemon Go app, when first launched, had many teen players walking into traffic, oblivious to their surroundings because of their smartphone game.

Ultimately, teens are going to make dumb decisions – that’s their job. However, parents have the job of presenting all the potential threats to their teen’s safety and guiding them to make the smart choices for their own safety and the safety of others.

Keeping an eye on your teen every day, especially when they’re behind the wheel, is not an easy task. If your teen driver is involved in a Michigan auto accident – whether they caused it or not – contact Michigan personal injury attorney David Femminineo to discuss your case.