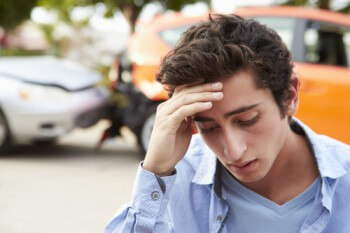 Will Marijuana Legalization in Michigan Lead to More Car Accidents?

Eleven L’Anse Creuse High School North students were involved in a three-car auto accident on June 12 in Macomb County. Why? One 16-year-old teen driver allegedly dropped his cell phone and looked away to retrieve it. It was a bad decision – when the driver returned his attention to the roadway, the car in front of him had stopped and he crashed into it.

Two teens were ejected from one vehicle. Another vehicle had passengers riding in the bed of the truck. Injuries have been severe for several of the students who were involved in this Michigan car crash. The suspect who caused this accident at 21 Mile Road and Creekside Boulevard is being charged with two felony counts of reckless driving causing serious impairment of a bodily function. This charge could result in up to five years in prison and a $1,000 fine.

Many lives have been – and will continue to be – affected by one moment, one quick choice by a young driver.

Teen driving accidents are common for many reasons – from taking selfies to driving drunk – though inexperience, a sense of infallibility, and distraction figure prominently. Summertime is the high season for teen car crashes, and this accident occurred only moments after the students finished a half-day of classes after final exams.

Why was this new driver transporting so many passengers? Who could this teen have possibly needed to contact with his cell phone when so many people were in the car already? There are so many questions in this situation, as there always are in the many instances that involve cell phones and car crashes. The level of distraction with so many passengers in the vehicle was already high – the cell phone only increased the likelihood of being involved in a crash.

Do you need a parent-teen driving agreement? >>

Addressing safe driving habit with your teen is essential. No parent can assume that their teen will be adept behind the wheel simply because they’ve been observing mom or dad driving for the past 16 years. Just because a teen passes a permit test and then a driving test does not indicate that they have the capability to make the smart decisions required of drivers.

Hands-on learning is the only way for teens to get better at driving, but the best way to get this experience is by driving with a parent or trusted adult riding shotgun. And the smartphone should be securely locked in the trunk so there will be no temptation to reach for it on the passenger seat, in the glove box, or in the backseat.

Parents look forward to the freedom of not having to drive their busy teen to and from practices, social events, or school. However, you are still responsible for your teen’s bad driving habits. Set and enforce parameters where driving is concerned – limiting the number of passengers, completely outlawing use of a cell phone, forbidding loud music, and more.

Keeping an eye on your teen driver just got easier >>

You may worry about your teen driving around, but other drivers on Michigan roadways are concerned about your teen’s presence on the road. Create responsible new drivers through your example and careful instruction.

If you have been involved in an auto accident caused by a teen, or if your teen has been accused of causing a car accident, talk to personal injury attorney David Femminineo to discuss your case.