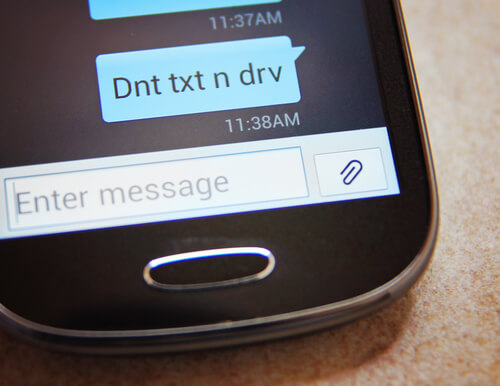 In December, the world’s first cell phone detection cameras were rolled out in Australia. The goal: To catch drivers using their cell phones while driving. If the same technology were in place in the United States – and, let’s face it, that probably isn’t far away – how guilty would you be of distracted driving? If you knew Big Brother was watching you, would that be enough to get you to the put the phone down? For some people, even known the frightening statistics of distracted driving car accidents isn’t enough.

The Mission to Change Distracted Driving in Oz

In New South Wales in Australia, fixed and mobile trailer-mounted cameras are being used to target illegal cell phone use. A combination of artificial intelligence and authorized personnel are being used to review images and detect the use of cell phones behind the wheel. The portable cameras will be deployed over the next three years in unknown locations and without warning signs.

Drivers caught by the technology will receive a warning letter, then a hefty fine (especially if caught in a school zone), and penalty points on their driver’s license. An earlier trial of the cell phone detection system caught over 100,000 drivers illegally using a phone while driving.

Making and receiving phone calls while operating a vehicle in New South Wales is legal, but only with hands-free technology. Other functions, like using social media, video calling, taking photos, or playing audio, are only legal if the driver is in a parked car out of traffic.

The National Highway Traffic Safety Administration (NHTSA) asks all drivers to #justdrive and make a commitment to driving phone-free. The pledge? Protect lives by never texting or talking on the phone while driving. Be a good passenger and speak out if the driver of your car is distracted. Encourage friends and family to drive phone-free. Easy, right? Not for everyone.

In 2017 in the United States, 3,166 people died in distracted driving accidents. Bad driving habits abound. While it’s nearly impossible to avoid distraction all the time, there are activities that happen in the car – whether your own or someone else’s – that are avoidable distractions:

What’s terrifying is combining these distractions with other unwise driving habits and conditions, like reckless driving, high speeds, and bad weather.

For those who insist that their distractions are barely a blip in the grand scheme of things, know this: If you’re traveling at 55 miles per hour, sending or reading a text takes your eyes off the road for about five seconds, which is long enough to cover the distance of a football field. And that is more than enough time to hit another driver, a pedestrian, or a stationary item and cause a crash.

If you were involved in a distracted driving car accident in Michigan, contact personal injury lawyer David C. Femminineo in Macomb County to schedule your consultation.