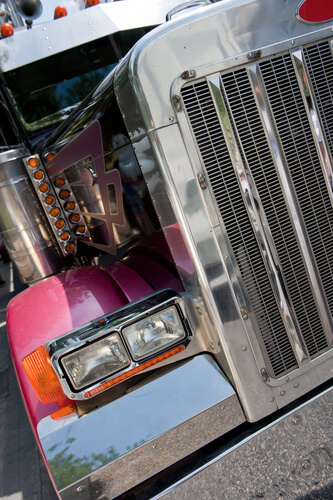 Motor vehicle operators gamble every time they get behind the wheel and share the road with large commercial vehicles. The scariest part is that there is no guarantee you will be protected from blame in the event of a crash. When an accident occurred between a semi-truck and a car in Michigan in 2014, the victim – the car operator – was blamed for causing the accident during case evaluation and received only liability insurance benefits. After months of research and diligent work, David Femminineo obtained a settlement of $1.5 million for the victim.

When a commercial vehicle is involved in an auto accident, the majority of trucking companies will do their best to deny that their driver is at fault in any way. Mr. Femminineo did not settle for the word of the trucking company and their insurers. He pulled together a team of experts – doctors, witnesses, and accident reconstruction experts – to truly determine what happened in the truck accident.

While federal law requires trucking companies to keep evidence of any accidents, they must only do so for a short period of time before they are legally permitted to destroy the evidence. Mr. Femminineo issued a spoliation letter to the trucking company to ensure that the evidence remained in safekeeping and was not destroyed.

After this important evidence was reviewed by Mr. Femminineo’s accident reconstruction expert, Mr. Femminineo was able to prove that his client, the car operator, was not at fault in the accident. The semi-truck driver was actually the one who caused the accident. And, ultimately, it was the semi-truck driver who was found to be negligent. David Femminineo secured a settlement of $1.5 million dollars for his client, and the satisfaction of justice served.

It is unwise to assume that the drivers who are behind the wheel of oversized commercial vehicles and 18-wheelers that populate Michigan highways are impeccably trained to operate machines of such size and power. Large truck accidents occur often because the drivers of these vehicles are often inexperienced and poorly trained. A commercial driver’s license is issued to anyone who passes the two-part exam which, just like a car driving test, includes a written portion as well as a practical portion that involves driving a commercial truck around a closed area. From there, only 10 hours in the classroom are required of newly minted truck drivers before they are put out onto the highways with other inexperienced drivers and a massive weapon in their control.

Truck drivers are also unique in that they experienced the danger of drowsy driving quite often in comparison to regular motor vehicle operators. With lengthy shifts and poor quality sleep in between hours of driving, truck drivers experience sleep deprivation which makes them a serious hazard behind the wheel. Combine this danger with distracted driving – whether using a mobile phone, eating, or changing dials on the dashboard – and there is a recipe for tragic disaster on the highway.

If you have been involved in a car crash involving a truck driver, contact David Femminineo today to discuss your case.